It is possible to run power and data to a router over the same ethernet cable. I devised this trick to send 12V over the network cable with two splitters. The first one inserts the 12V from the adapter and the second one takes it out, at the other end of the wire. There are 2 pairs of wires in cat5 network cables that are unused, the brown and blue ones. They can be safely used for this purpose.

I bought the two ethernet ports for 7,50 euros each. The person behind the counter told me this plan would never succeed because of interference. Perhaps he thought it would be AC power, but either way it works fine for me, over a 20 meter FTP cable (Foiled Twisted Pair, UTP but shielded).

My preliminary tests with the program iperf show that it seems to work rather well. Speeds of 91 Mbit are reached when sending from PC to PC via the router. When sending from a PC to the router it only reaches 31 Mbit, but that's not related to this trick, because the speed is the same when I attach another network cable which does not carry power. 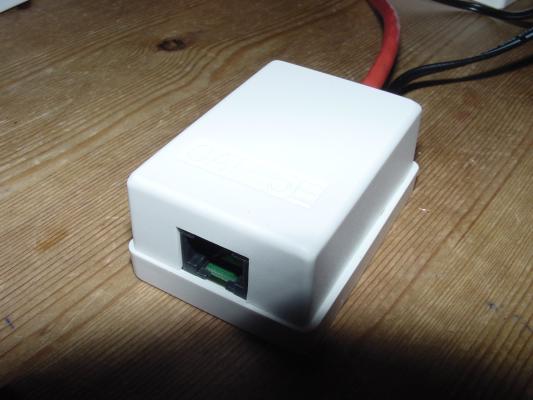 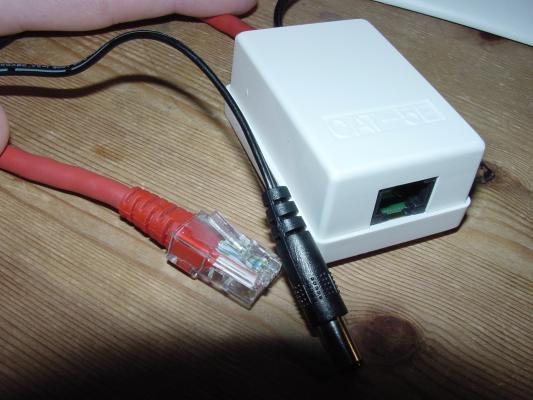 The splitter on the outside 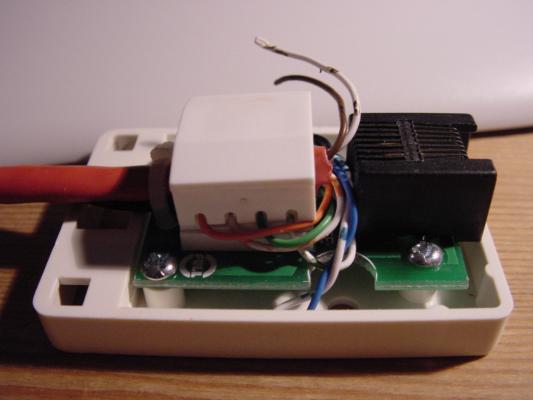 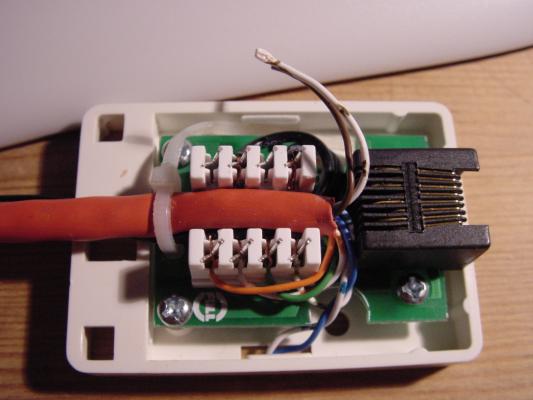 Detail of the inside